Corporate training is of growing importance to companies seeking to gain an advantage among competitors. There is significant debate among professionals and scholars as to the affect that training has on both employee and organizational goals. One school of thought argues that training leads to an increase in turnover while the other states that training is a tool to that can lead to higher levels of employee retention. Regardless of where one falls within this debate, most professionals agree that employee training is a complex human resource practice that can significantly impact a company’s success.

The Importance of Corporate Training & Development in the Workplace

Training presents a prime opportunity to expand the knowledge base of all employees, but many employers find the development opportunities expensive. Employees also miss out on work time while attending training sessions, which may delay the completion of projects. Despite the potential drawbacks, training and development provides both the company as a whole and the individual employees with benefits that make the cost and time a worthwhile investment.

Executive coaching is a fast growing business, at least in the ‘usual suspect’ economies of the developed world. And there are no shortage of individuals, firms and educational institutions ready and willing to provide it. But just how effective is it?

The commitment of corporate titans such as GE, Goldman Sachs and Google now sees spending on executive coaching in the US alone at more than $1billion per year. But whereas 20 years ago most coaching was a remedial effort aimed at poor performers, most coaching budgets today focus on developing high potential leaders.

Studies in larger organizations show that coaching top executives at large companies yields 5-7x the company’s initial investment.  While studies haven’t been done on the value of coaching on smaller companies and start-ups, it’s reasonable to expect that entrepreneurs are under similar pressures and their actions at least as critical to the success of their organizations so that the value of coaching might be greater.

Action Factory offers exciting array of corporate courses, training and team building for this generation of leaders.
All our Corporate Training courses are designed to ensure delegates learn a new skill and  approach, and create a new and fresh understanding. By using NLP (Neuro Linguistic Programming) and coaching methodologies in our training, we can ensure profound results in new learning and understanding
When training is combined with coaching, individuals increase their productivity by an average of 86% compared to 22% with training alone.

Action Factory is registered as a Training Member of COMENSA, ANLP International CIC and is a Licensee of the International Association of Coaches, recognized as a school of excellence within the field. Also View Our NLP Training 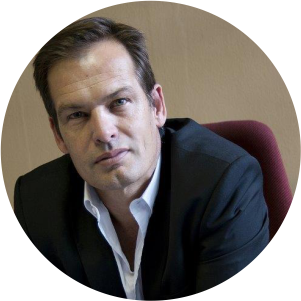 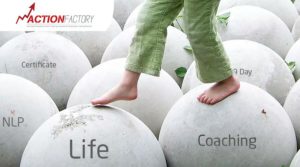